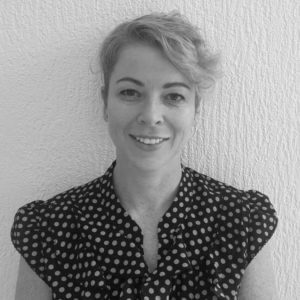 Danielle Gleeson was admitted to practice in 2003 and is Special Counsel with Unified Lawyers specialising primarily in Commercial Litigation and Dispute Resoultion.

Danielle is experienced in complex litigation and smaller disputes in various Courts and Tribunals throughout Australia. She acts for a wide range of clients including multinational insurers, nationwide financial lenders, insolvency practitioners, directors and individuals in relation to all aspects of corporate collapses and bankruptcies, high net-worth individuals, small and medium sized enterprises, individuals and families facing financial difficulty and requiring the appointment a litigation tutor.

Danielle is focused on achieving the best possible commercial result for all her clients, including aggressive representation for clients in Court. Danielle also enjoys guiding clients through the alternative dispute resolution process, including mediations.

Danielle has completed the Advanced Insolvency Program through the Queensland University of Technology.

Danielle has over 15 years experience in the following areas of practice:

INSOLVENCY – acted for a billionaire American director of a United States food-based company with subsidiaries in Australia and NZ which held assets in excess of $50 million. Advised director on ongoing disputes with Receivers, Liquidators, Australian and USA Federal Police (proceeds of crime) and the ATO. Numerous interlocutory applications including competing international abuse of process applications, assisting USA lawyers with the ongoing USA cases against the director.

COMMERCIAL – acted for a national building company defending proceedings in the Supreme Court Commercial List for breach of contract and negligence, in relation to the collapse of a mobile crane. Multi-million dollar claim by crane’s insurer; complex cross claims between client and head contractor; advised client on contesting denial of insurance cover; advised client directors on WorkCover investigations and prosecutions and allegations of fraud against head contractor.

PPSA – advised various Insolvency Professionals, directors and companies on priority disputes relating to the PPSA, as well as validity of registrations on the PPSR.

COURT-APPOINTED RECEIVER – acted for Receiver in relation to partnership dispute with $10 million in real property assets, effecting sale of the assets, providing ongoing advice to Receiver during many further interlocutory disputes between the litigious partners before the Supreme Court of NSW, including appeals to the Court of Appeal.

MISREPRESENTATION – acted for investor group in a gold mine collapse on misrepresentation claims against who were misled into the investment. The director purchased the gold mine in his own name and sold it without the investors receiving any returns when the defendant company was placed into liquidation. Claims exceeding $5 million.

INSOLVENCY – advising Liquidators and Directors on unfair preference claims and other voidable transaction claims, as well as advising high net worth individuals and directors on disputes with Liquidators and Bankruptcy Trustees in Family Law contexts.

EQUITY – acted for a franchisee evicted from his business by the franchisor for unpaid royalties. Prosecuted Supreme Court Equity proceedings for relief against forfeiture, or alternatively equitable compensation. Settled at second mediation, upon terms which resulted in client receiving proceeds of sale of the franchise, less outstanding royalties, ie, approximately $250,000 paid to client.

DEBT RECOVERY / SECURITY ENFORCEMENT – acted for a national financial institutions and retail bulk buying companies to enforce numerous mortgage defaults against borrowers in Supreme Court of New South Wales, Supreme Court of Victoria and Supreme Court of Queensland, in respect of outstanding loan accounts ranging between $50,000 and $1,000,000, and defending numerous applications for stay of judgment.